GLOBAL HEALTH WARNING – Sri Lanka’s fight against COVID-19 Prepare for Risk 🔴 Must take action’ Corona – lets join fight against deadly Wuhan corona virus The death toll from the coronavirus outbreak has risen to 170, and a confirmed case in Tibet means it has reached every region in mainland China. Chinese health authorities said there were 7,711 confirmed cases in the country as of 29 January. Infections have also spread to at least 15 other countries. The World Health Organization (WHO) are again meeting in Geneva to consider whether the virus should be declared a global health emergency. Various countries have implemented evacuation and quarantine plans for nationals wanting to return from China, where the outbreak began in the city of Wuhan. Russia has decided to close its 4,300km (2,670-mile) far-eastern border with China in an attempt to stop contagion. 🔴 Who has been affected? Although there have been nearly 8,000 infections, there has been little detailed information released on the profiles of patients and how the disease affects them. Most of the confirmed cases involve people either from Wuhan or who had close contact with someone who had been there. A new study published by The New England Journal of Medicine on the corona virus is based on data for the first 425 confirmed cases in Wuhan. It reveals: Of the 425, 55% diagnosed before 1 January were linked to the seafood and animal market believed to be at the centre of the outbreak, compared with 8.6% of the subsequent cases. The average age was 59 years and 56% were men. Almost half the 425 cases were adults 60 years of age or older. Human-to-human transmission among close contacts has occurred since the middle of December.

A pathogen’s harmfulness is determined by the combination of its transmission rate (Ro, reproductive number) and its case fatality rate. 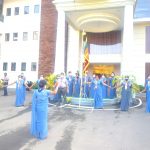 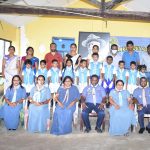 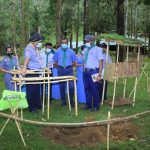